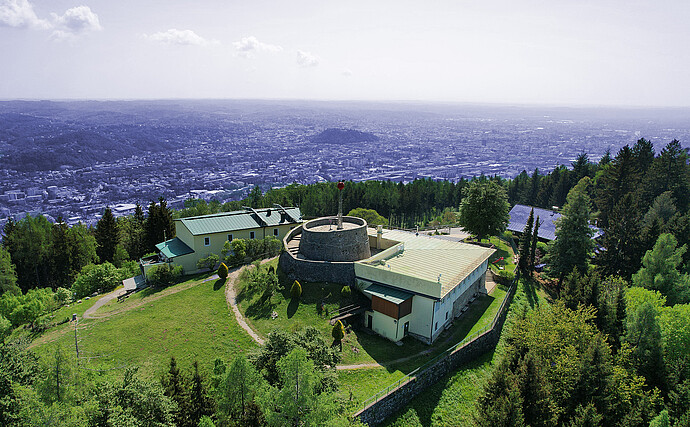 Since 2014, the listed Fuerstenstand had been repeatedly closed due to the danger of collapse. Now, as part of the company's 100th anniversary, the Anton Paar Group decided to renovate the popular excursion destination so that visitors can enjoy the all-round view of the region from the viewing platform again.

In June 2022, the 24 Asset Management GmbH, subsidiary of Anton Paar Group AG, purchased the property of about one hectare, which also includes a former restaurant. The redevelopment of the Fuerstenstand will take several months.

Local recreation area for the entire region
The observation platform is located at an altitude of 754 meters above sea level and offers an excellent view of the entire region. It owes its name to Emperor Franz I, who visited Graz's local mountain in 1830 in his role as Styrian sovereign. In 1839 the first structure was built of wood, and in 1852 the current snail shape was constructed of stone.

"Fuerstenstand is one of the most popular excursion destinations in the greater Graz area and has a special significance for the inhabitants of the Styrian capital as well as the municipalities in the region. Not only because of its history the place at the summit of Plabutsch is a Styrian cultural asset, the view over Graz, but also the view over Western Styria is unique and should not be denied to anyone. Therefore, we are pleased that this unique lookout can soon be enjoyed by the population again," says Friedrich Santner, CEO of Anton Paar GmbH.